Founded in 1873 in Stockholm, Sweden, Atlas Copco initially provided Swedish Tail with equipment for building and running the nation's new railways. Today they are in over 180 countries worldwide, a provider of industrial solutions.  With over 116 locations across the U.S. that come with a support network of sales, distribution and service network, Atlas Copco strives to deliver products that work at maximum efficiency with minimum downtime on work sites. To help its customers, Atlas Copco is making the tedious task of moving water more efficient with the new PAS 200 HF and PAC F88 vacuum prime centrifugal pumps. 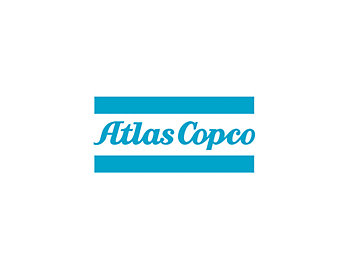 Unwanted water can often be the bane of many construction sites’ existence. Torrential rains, unending ground water… all that accumulated wet stuff needs to be removed as quickly and effectively as possible, so the actual work stays on schedule – and the rest of the equipment stays protected. That’s why Atlas Copco is making the tedious task of moving water more efficient with their new PAS 200 HF and PAC F88 vacuum prime centrifugal pumps.

One pump fits all

The PAS 200’s and PAC F88’s compact, wheeled versatility allows them to adapt to a wide variety of applications, while also being easily manoeuvred from jobsite to jobsite. With that kind of adaptability and versatility, these mobiles beasts are ready to take on the challenges faced within construction, mining, oil and gas and general industries just about anywhere.

“You can install and connect these pumps easily to various systems and water problems you need to solve and have a solution readily available.” said product marketing manager Andreas Neufeld. “Especially in moments where speed and time to solve the water problem counts, you want to have reliable products that can cover a variety of applications and operating situations.” 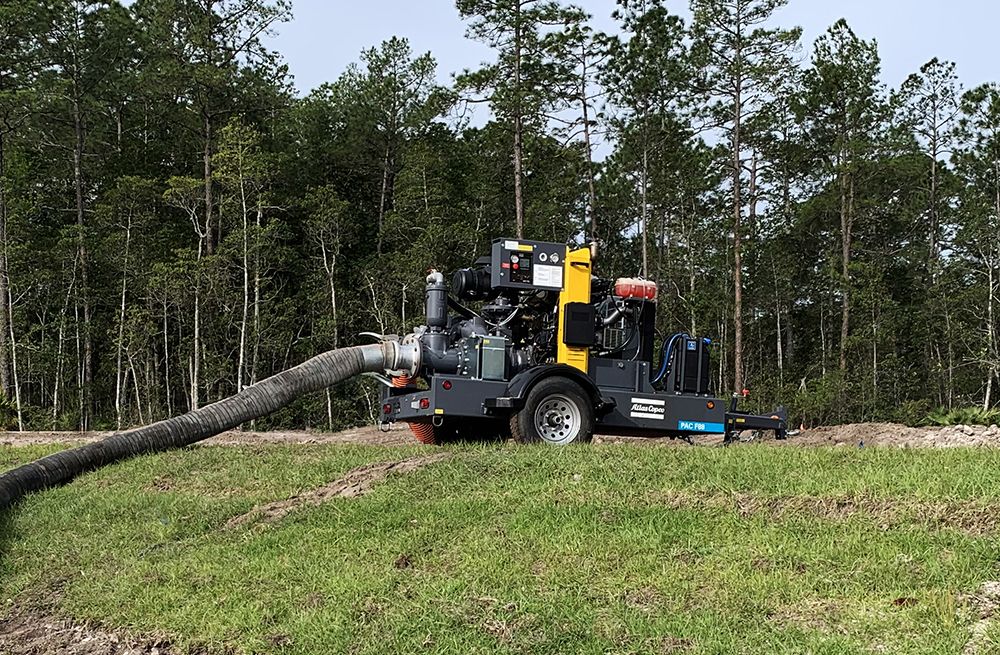 And in the spirit of making operators’ days more simplified, Atlas Copco also lowered its pump profile with the PAS 200 / PAC F88, which are powered by the Perkins®  904J-E36TA engine. Bringing the machine height down makes it significantly easier for users to physically manage the pipes and connections. The low profile even increases the performance of the pumps, since they gained an extra bit of suction lift by being closer to the ground.

Of course, that height change also makes the towing experience better – especially for anyone transporting a pump to a jobsite. Also on the user-friendliness shortlist are the pump’s swing door, which allows for ultra-easy clean-out and maintenance. Got a trapped obstacle in the pump? You can pop open that built-in hinge, give it a clean and have it back in operation in less than ten minutes. And all without even removing the hose.

Built around that Perkins 904J-E36TA engine, the PAS 200 / PAC F88 pumps offers up high efficiency (75 percent B.E.P.) and a high resistance to abrasive liquids and turbid sandy waters. The semi-open impeller enables them to even pump liquids with solids in suspension, so it’s fair to say these machines are a superstar on any job. Another hidden but not unimportant feature of these pumps are the polyethylene fuel tanks, or in short, plastic tanks. Plastic tanks have the benefit to avoid oxidation versus a regular steel fuel tank to actively increase lifetime of the fuel lines, filters and other engine components. It also helps to protect the environment by reduced risk of leaks due to oxidation.

That Perkins four-cylinder, U.S. Tier 4 Final / EU Stage V engine is helping to make all that hard work possible. For Atlas Copco, the PAS 200 / PAC F88 are the first collaboration with Perkins in their pump product line – and it’s a relationship that had a very thoughtful start. “We have used this engine for a specific reason. Perkins has a lot of experience with powering heavy-duty equipment. But apart from that, you always have a pump core that consumes a certain amount of power and requires torque at specific speeds. So the Perkins 3.6 litre engine, with its specific configuration, was matching perfectly our demand on the pump side.” Andreas explained.

The power range that the PAS 200 HF / PAC F88 uses benefits from using the DEF system (instead of a particulate filter) in combination with the catalyst. “That’s important, because we run these pumps in various speeds, so there is a different engine load demand based on the operating duty point. How much water do we have to pump? How far and what elevation do we have to overcome? All these parameters have an impact on the engine load performance,” said Andreas. So that Perkins-powered decision was a rather strategic one, to say the least.

Now, are you ready to get pumped?

“You can physically bring it to every site, be able to hook it up easily to whatever system and whatever problem you need to solve, and then have the solution ready at your fingertips.” 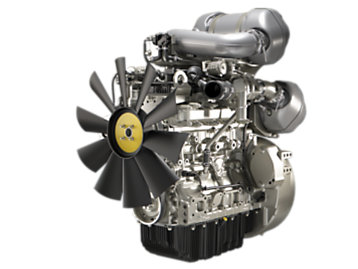 The PAS 200 and PAC F88 pumps compact, wheeled versatility allows them to adapt to a wide variety of applications, while also being easily manoeuvred from jobsite to jobsite.  Atlas Copco was able to bring the machine height down, making it easier for users to physically manage the pipes and connections - this was due to using a more compact engine, the Perkins® 904J-E36TA. Another great feature to these pumps are the swing doors, which allow for ultra-easy clean-out and maintenance - being able to clean it out in less than ten minutes, getting back to work quickly. 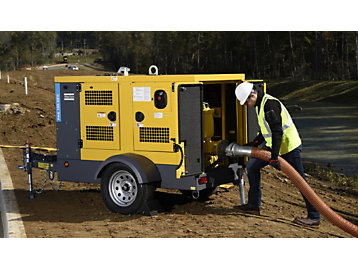 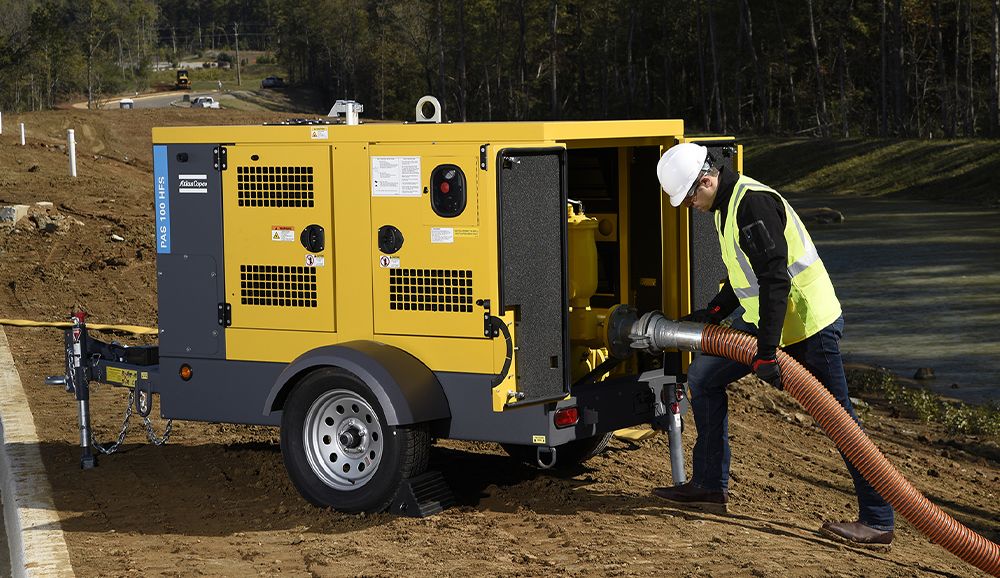 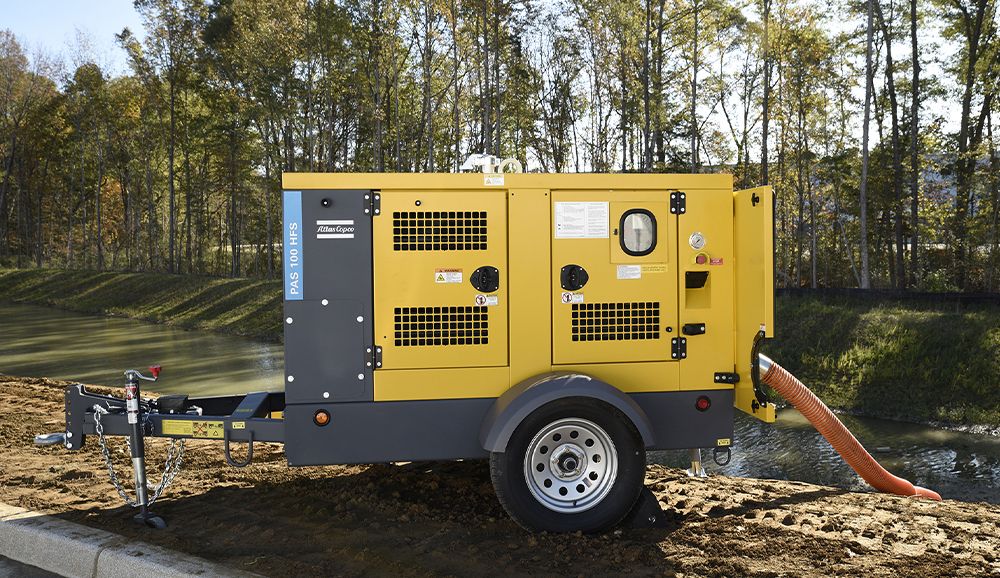 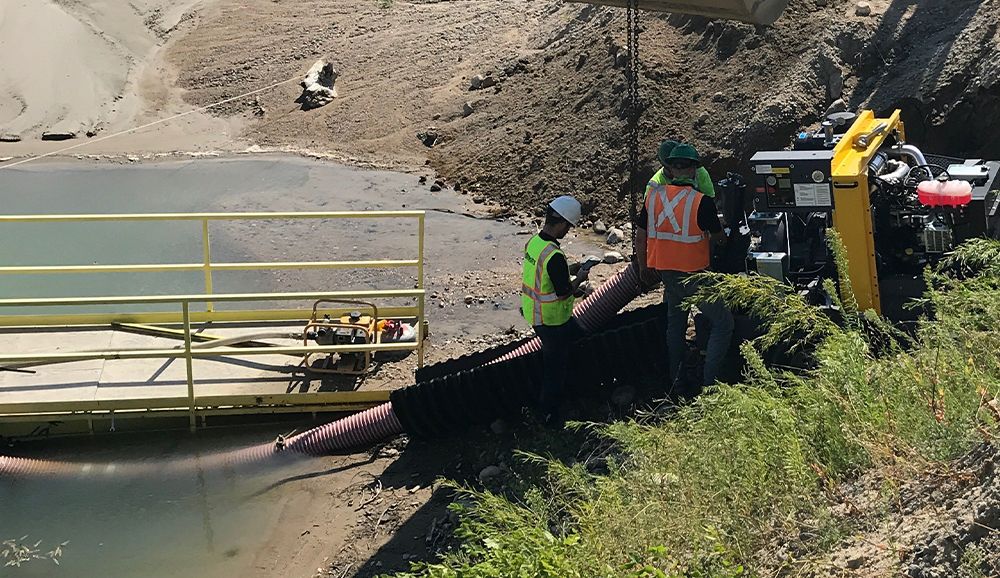 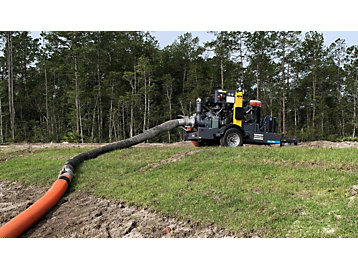 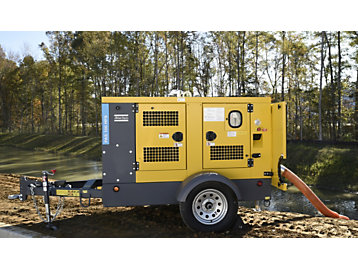