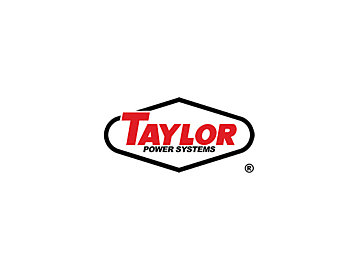 Power is something we all rely heavily on every single day and may even take for granted. But for some, like hospitals and nursing homes, even the briefest interruption in power can be detrimental. Losing power can mean losing lives. Others depend on continuous power to keep things running for the people they serve. Airports, data centres, federal buildings, global companies – none of them can afford a disruption in operations. That’s why so many turn to Taylor Power Systems for standby power generators.

Based in Clinton, Mississippi, Taylor Power has been manufacturing stationary standby generators since 1986. They remain a family-owned, privately held manufacturer of generator sets whose brand is woven into the fabric of the company’s home state. Since that time they have expanded to serve a myriad of markets throughout the U.S. From the beginning, they have maintained a strong partnership and collaborated with Perkins to power solutions that are known for quality and dependability. Thirty-five years after starting their collaboration, Taylor Power and Perkins have once again worked together to launch a 1-Megawatt inline generator – the TD1000P – powered by the Perkins® 5008C-E30TAG engine. 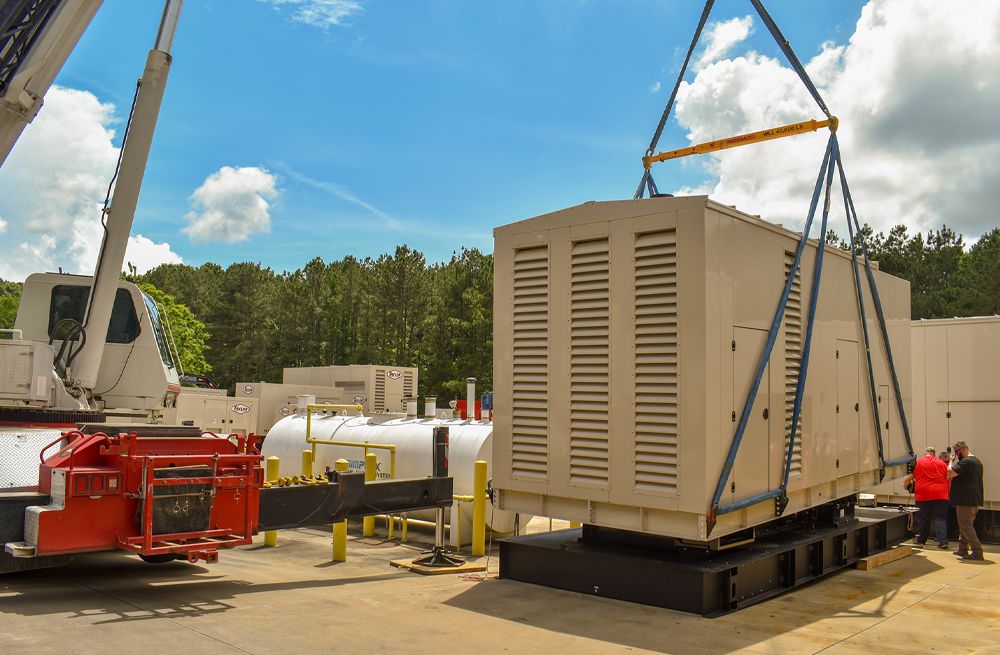 Taylor Power is no stranger to 1-Megawatt generators or Perkins engines, but until now Taylor Power couldn’t offer a Perkins powered solution to the North American market due to regulatory constraints. Then one day during a sales meeting, Perkins made a long-awaited announcement: Taylor Power would be the first company in North America to feature the new Perkins® 5008C engine in a generator.

“Perkins told us the 5000 Series was going to be available to the North American market in a stationary, standby capacity,” said Thomas Culpepper, manager of product design and development for Taylor Power. “For years we have requested that Perkins bring the 5000 Series engines to us and adapt them for our market. As soon as we found out it was going to be available to us, we insisted on providing a purchase order prior to the conclusion of our lunch meeting. Based on proven reliability and previous quality that we experienced with Perkins we were excited to be the first customer to purchase this engine in North America. We saw the value immediately.”

Power to the people

As the engineering process evolved, the value and benefits of the Perkins 5008C-powered TD1000P generator to Taylor Power customers became even more evident. The first thing the team noticed was how substantially smaller the generator is than other large-capacity products. The compact design of the 5008 is what makes the smaller generator package possible.

“Whenever we have control of the entire design and the entire machine is manufactured in-house,” Thomas said, “we can actually shrink our package, which means a smaller footprint and increased cost savings to our customer.”

Another significant benefit to Taylor Power customers is load acceptance, made possible by the engine’s turbochargers. Because the Perkins 5008C is built specifically for power generation, it’s ready to supply power when and where it’s needed.

“That’s where the 5008 really starts to differentiate itself,” explains Thomas, “because the power density and the amount of power we can get out of a much smaller package as compared to previous offerings is a real value-add to the customer.”

Superior load acceptance, combined with 500-hour/two-year service intervals, common tooling and low fluid consumption, translates into low cost of ownership. The bottom line: Customers get more power in a smaller package than ever before without incurring higher maintenance costs.

Since space and weight become a premium with some installations, such as the roof of a skyscraper or the basement of a hospital, the smaller size of the generator becomes a big deal to customers that require large levels of backup power. And because the generator has the ability to parallel, if 1-Megawatt of power isn’t enough, two generators can easily be installed to work in tandem.

“Depending on the size of the facility, a single 1-Megawatt generator is often not enough,” Thomas elaborated. “You may have several that operate in parallel. We can take a relatively small model like the TD1000P with the 5008 engine, and we can fit several of them in a smaller footprint than you could three comparable engines.”

Ultimately, what truly differentiates the TD1000P generator and the 5008C engine that powers it is the collaboration that makes it all possible.

“The power density and the amount of power we can get out of a much smaller package than previously is a real value-add to the customer.” 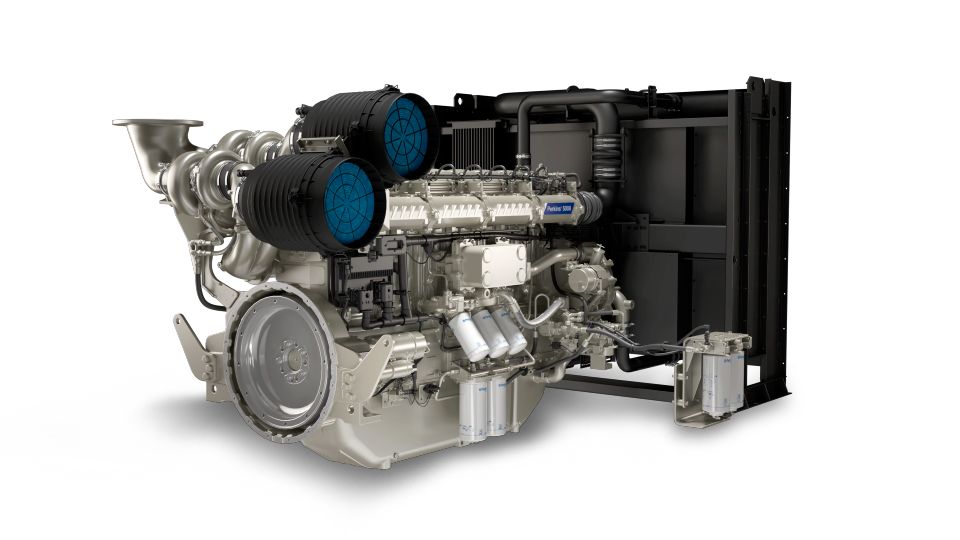 Thirty-five years after starting their collaboration, Taylor Power and Perkins have once again worked together to launch a 1-Megawatt inline generator – the TD1000P – powered by the Perkins® 5008C-E30TAG engine. The compact design of the 5008 engine makes the smaller generator package possible, as this is one of the first things people notice. This is a positive as customers get more power in a smaller package than ever before without incurring higher maintenance costs. 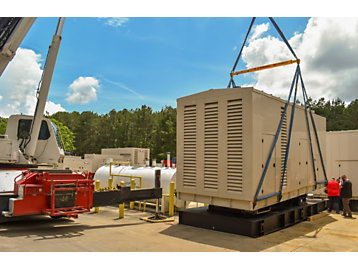 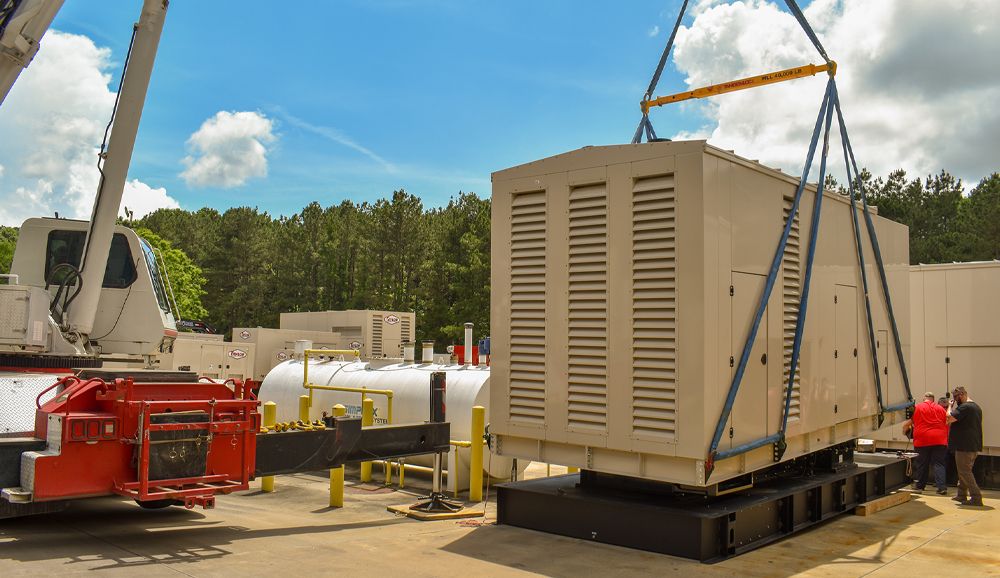 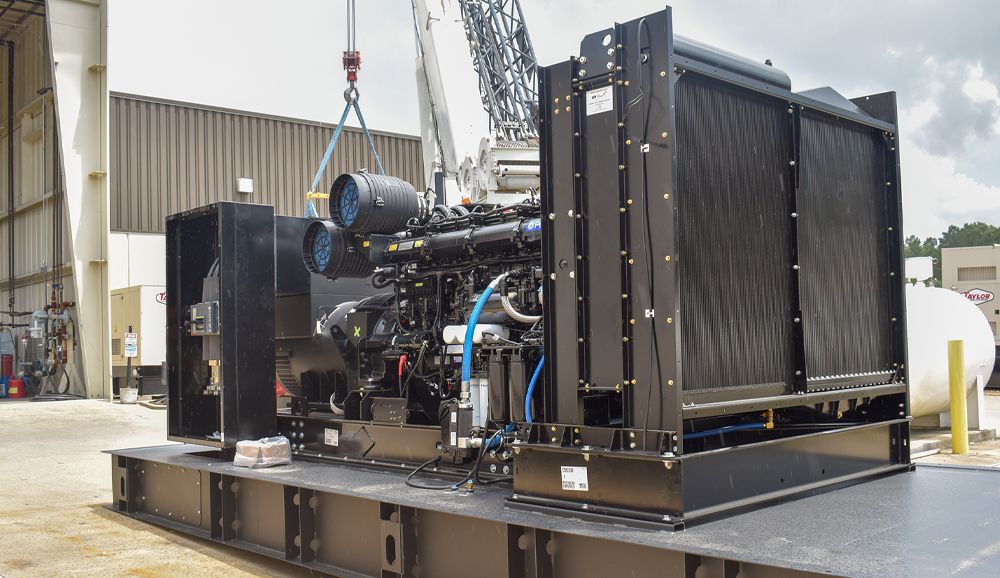 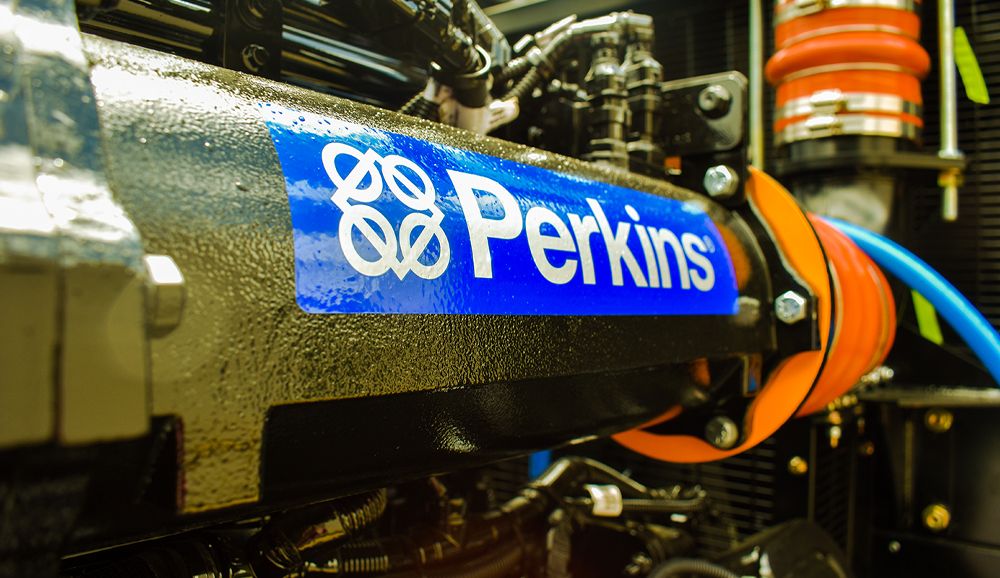 Learn more about Taylor Power Systems and how they are making it possible for customers to get more power in a smaller generator.

Product support is an integral part of what Perkins does. In total, we support more than 4.5 million engine serial numbers – that’s almost a quarter of the 21 million engines we have produced since 1932 – operating in a host of applications from tractors to hospitals and football stadiums to lighting towers. These are found all over the world and are supported by the Perkins parts and service operation.