Frank Perkins: man with a vision

Back in 1932, Frank Perkins had a simple but revolutionary vision – a diesel engine small enough to fit into private cars or light vans. Such a product, he knew, would have a vast and growing market, and no competitors.

The Perkins story began with a partnership between Frank Perkins, the businessman with a vision, and the brilliant engineer Charles Chapman in a two-room ground floor office in Queen Street, Peterborough, UK. There, with two other directors and three employees, they built The Vixen, the world’s first high-speed diesel 4 cylinder engine.

Within four years the new company, F. Perkins Ltd., Engineers, was producing 556 engines a year. The firm was based in Peterborough not just because the Perkins name was already well known there, but because there was a pool of skilled engineering labour available, and fast, reliable rail links to potential customers in London and the Midlands.

Rival companies quickly grew up to try to share the market, but over the years more and more of them diversified into producing their own machines. Perkins remained focused solely on the design and manufacture of diesel engines. 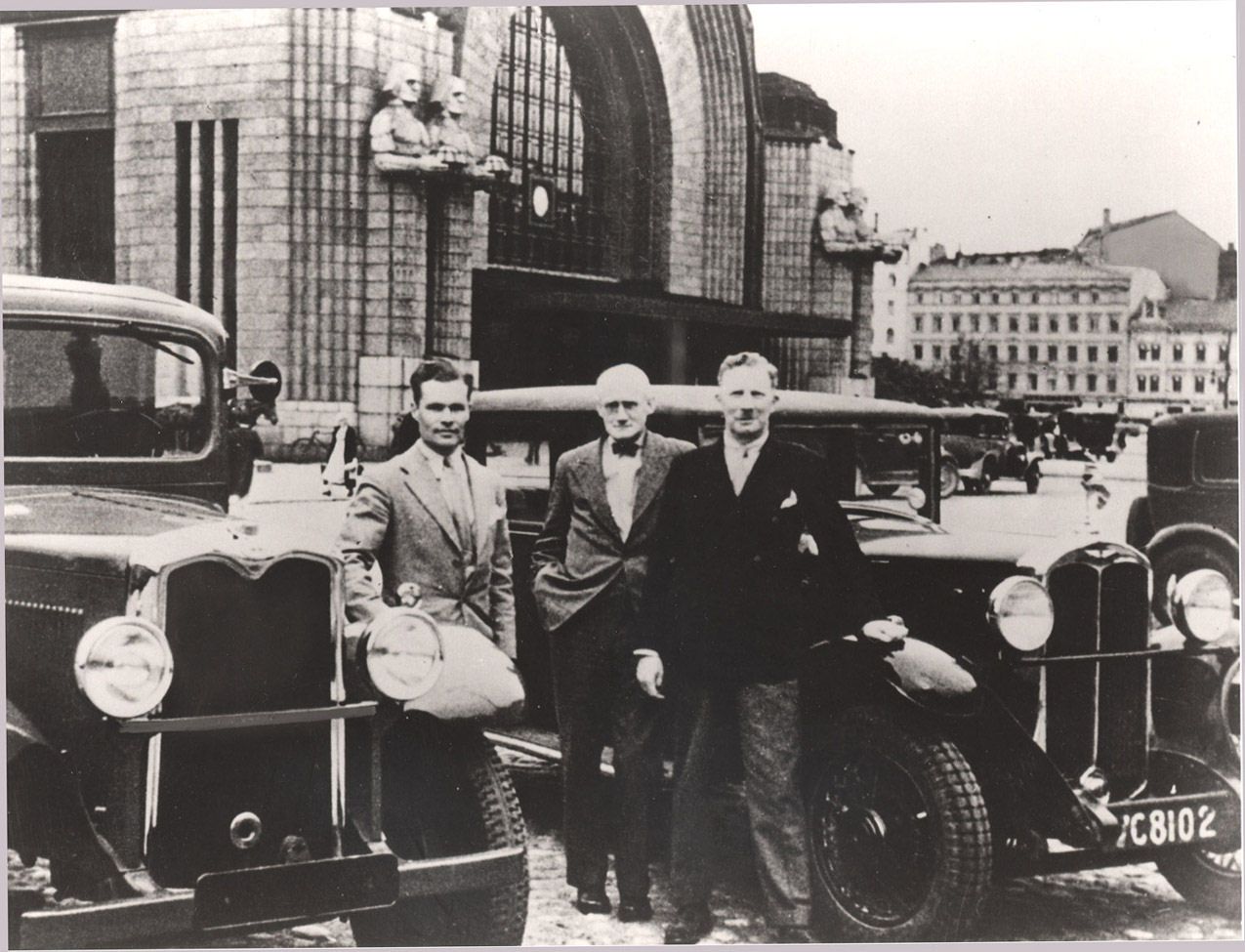 “Where there is no vision, the people perish.”
Bible quotation inscribed by Frank Perkins above the main door of the original Perkins offices

In the beginning, Frank went looking for customers in the rapidly growing motor industry, and fitted his new engine to a Hillman car, manufactured by Humber Cars, and a Commer truck. The Hillman, with a cruising speed of 50 mph and an engine speed of slightly over 3000 rpm, was an immediate success, but the engine had to be modified to produce sufficient power for the Commer truck.

After consultations with Thomas Keep, the managing director of Commer, about the company’s requirements, the cylinders were bored out from 75 mm to 85 mm diameter, producing a 30 percent increase in torque. The modified Wolf Engine was accepted for the Commer production line and exhibited at the Commercial Vehicle Exhibition of 1933.

From this first contract with an Original Equipment Manufacturer (OEM) was established our lasting tradition of working closely with OEMs to achieve a successful integration of our engines.

Interest was growing in the diesel engine – much cheaper to run than its petrol equivalent – and both agents and manufacturers were maintaining a steady demand. A Birmingham, UK, company, Birmal Boats, started to convert the Wolf Engine for marine use, and the Admiralty was expressing an interest in its possible use in Royal Navy ships.

By the end of 1934, a total of 150 marine engines had been sold, with firm orders for another 45 on the books. Engineering progress continued over the next few years, leading to the iconic P4 and P6 engines, the platforms for several future award-winning engines which appeared in 1937.

At the same time, the company was building up a team of agents around the UK from Devon to Scotland.

By the mid 1930s, Perkins was established as a leading engineering company, with groundbreaking new products and an enviable order book.

Several of the original traditions continued to guide operations – an exclusive focus on diesel and now gas engines, a determination to work with manufacturers to reach the best integration solution and a commitment to developing distribution so that the company maintains a genuine local presence.

Frank died in 1967 at the age of 78 but his original vision lives on as our exciting reality.