Frank Perkins, the man whose name is found today on some of the finest diesel engines all over the world, was born in Peterborough, UK, on February 26, 1889, the son and grandson of agricultural engineers.

Francis Arthur Perkins, better known as Frank, went to Rugby School but left with health problems after one year for Gresham’s School, Norfolk.

Frank’s grandfather had developed the family business, Barford and Perkins, in the 1890s from an existing firm of agricultural engineers and iron founders, and his father later became joint managing director.

A farmer, not an engineer

With a third-class degree in engineering from Cambridge, Frank did not join the family business immediately, but started farming in Hertfordshire. He left the farm in 1914 and volunteered for the Army, serving through the First World War in the Dardanelles, Palestine and Europe with the Royal Engineers. He was demobilised in 1918 with the rank of major.

He returned to agriculture, taking a 400-acre farm in Herefordshire with his wife, Gwyneth, whom he had married in 1915. 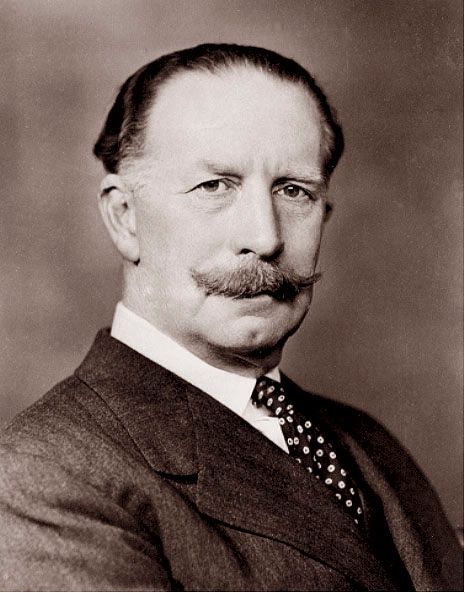 After a few years, he moved back to Peterborough with Gwyneth and their young family and began learning the engineering business at his father’s firm, which had become part of the Agricultural and General Engineers (AGE) group. He was personally responsible for developing dairy and sterilising machinery.

By 1929, he was works director at another AGE company, Aveling and Porter, at Rochester in Kent. There he met Charles Chapman, the man with whom he was to start his own company.

A company is born

At that time, diesel engines were popular for agricultural machinery, but considered too big, heavy and slow-running for road vehicles.

In 1932, Frank and Charles Chapman agreed that a smaller engine that could fit into private cars, vans and light trucks would have an enormous and expanding market. In June 1932, their new company, F Perkins Ltd, moved into offices in Queen Street, Peterborough.

Frank began to handle dealings with potential customers and signed an agreement for Perkins engines to be used in the Commer van. Humber, the manufacturing company responsible for the Commer, became the company’s first Original Equipment Manufacturer (OEM).

Perkins and Chapman led the company through several financial crises during the early years, but by 1939 the company was in a position to take a significant role in the country’s war effort, producing a total of 1,485 engines during 1941.

Chapman left in 1942, but Perkins continued as chairman and managing director through the war and post-war years. By 1951, he was able to announce that the company was the biggest producer in the world of diesel engines in the 37–52 kW (50-70 hp) range.

Frank’s role in the wider engineering industry was recognised with his appointment first as vice-president and then president of the Society of Motor Manufacturers and Traders (SMMT). By now he was one of the most influential businessmen in the country, running one of the key companies in the crucial engineering sector.

However, in 1959, with the takeover of Perkins by the international giant Massey Ferguson, he announced his decision to retire from active management, continuing his association with the company as chairman of the Board of Directors. After 37 years, it was the end of an era.

Outside the company, Frank had maintained his interest in agriculture throughout his life, running a small arable farm near Peterborough. He was also active in charity work, particularly with the Peterborough Council of Boys' Clubs, and was made an honorary freeman of the city in 1962. He also served as High Sheriff of Cambridgeshire and Huntingdonshire.

From 1959 to the end of his life, Frank developed his interests in shooting, fishing and sailing. He had three daughters and a son with his first wife, Gwyneth. After her death in 1961, he married his second wife, Maud Dixon, a widow. He died on October 1, 1967.