Power on the farm: diversification

When Perkins was founded 90 years ago, ‘power on the farm’ was still largely provided by the horse. But soon becoming a more common sight on farms was the tractor – and as our heritage articles have illustrated, it wasn’t long before many of those tractors were Perkins-powered. But the tractor was only the beginning, writes Perkins EAME business development director Dave Robinson, in the first of three articles looking at power on the farm in the past, present and future.

For a long time during the twentieth century, the tractor was the primary, or even sole source of driven mechanical power on the farm.

Take the Little Grey Fergie, for example – the famous TE20. Produced for only ten years, however more than half a million were produced from the Banner Lane factory in Coventry, UK and it became Harry Ferguson’s most successful design.

That it became so popular was not only because it was the first tractor affordable to the average farmer, but also because of what it offered the average farmer. For the TE20 featured the Ferguson System: the hydraulic three-point linkage that was soon adopted around the world and eventually became the international standard we still employ today.

But adding to the ease and attraction delivered by the three-point linkage was the presence of diesel power and the power take-off (PTO); arguably a combination that brought about the widespread adoption of mechanised agriculture.

Understandably, when the TE20 was introduced, the three-point linkage was unique. Initially the only implements available to a TE20 owner were those produced by Ferguson themselves. But draw a parallel with today: if you’re one of the billions who own a smart phone, no longer must you go to the brand’s store to find an accessory with a lightning connector.

So it was the case in the 1940s and 1950s. The popularity of the TE20 ensured that it wasn’t long before other manufacturers started to design implements that were compatible, making the tractor and whatever was attached to the back a single, mechanised unit. In addition to the familiar ploughs and harrows, Ferguson alone offered up to 60 official attachments for the TE20 – balers, drills, muck spreaders, mowers, even a combine harvester – while the engine and PTO could provide reliable, portable power for stationery machinery such as milking machines, pumps, driers, saws and more.

By the end of its run in 1956, TE20s were being converted to use the Perkins P3 – the three-cylinder unit from the famous P-series family of 3, 4 and 6 cylinder engines. Although Harry Ferguson had never been a fan of diesel engines, he accepted that its power and reliability were very well-suited to the TE20.

So the diesel engine – and Perkins itself – began their long association with power on the farm. For many years, the tractor was the universal power provider: with the right attachment, it was the ultimate farm multitool. Perkins, of course, took full advantage of this, developing a range of engines that defined the company as the ‘go-to’ source of agricultural power. As you’ll read elsewhere in this issue, Massey Ferguson’s eventual acquisition of Perkins – just four years after the Perkins-powered TE20 became ‘official’ – saw engine architecture progress rapidly. Perkins had always been exemplary in helping manufacturers to find the right power solution, ensuring good physical fitment and without engineering compromise. That approach suited MF perfectly, for its approach to model and market development during the 1960s and 1970s could reasonably have been described as ‘variations on an engine’.

Manufacturers, though, saw other opportunities for on-farm mechanisation. While the tractor was universal, it was always going to suffer from the ‘jack of all trades, master of none’ philosophy. Some jobs, it seemed, were better done by a machine designed specifically for that purpose – which also had the advantage of freeing up the tractor for other jobs. The combine harvester is the perfect example: the tractor is much more usefully employed carting the grain. But self-propelled sprayers, forage harvesters, loaders and telehandlers also began to join the fray: power and machine diversification had begun.

Naturally, many of these manufacturers approached Perkins for their power requests. Now the company was not only consolidating its agricultural expertise but expanding it too. The engineering team could widen its focus to more than just tractors. Ever more complex demands would be made of diesel engine power to bring these new machines to life, on-farm.

As ever, Perkins engineering strengths won through. No-one understood diesel engines as well as Perkins – after all, the company has been largely credited with commercialising the diesel engine – and now, with millions of engines going into farm machines around the world, it was building a similarly in-depth understanding of agricultural power needs.

Manufacturers quickly noticed the ‘Perkins way’ – how the engineering team would work closely with the OEM team to ensure the best possible outcome for the machine. This was all the more remarkable at the time, as Perkins was MF’s engine supplier yet it continued to work very successfully with competing OEMs.

Of course, today, this power diversification is taken for granted. It’s not at all remarkable when a large farm has access to two or three tractors, a combine, a sprayer and a telehandler. There’s also still a good chance that several, or even all of them will have a Perkins unit under the bonnet. Where that’s the case, the manufacturer will still have worked closely with Perkins to get the best performance from, say, an installation of the Perkins® 904J-E36T.

Modern engines, such as the 904 Series line-up, are designed from the start to be capable of deployment not just across different machines, but in different sectors and under differing emissions standards. For example, every engine in the 904 Series benefits from a variety of different aftertreatment options, allowing the same engine to be deployed across different regions without adding manufacturing complexity and cost.

Today, much of this work and expertise is brought together under the auspices of the Customer Machine Engineering Team (CMET), which provides OEMs with an end-to-end, fully managed engineering approach. Working across all Perkins active sectors, including agriculture, the team was set up in 2017 to deliver unlimited, close collaboration between Perkins and the OEM. Just as no two machines using a Perkins engine will be the same, neither will any two OEMs use CMET’s offering the same way.

Therein lies the beauty of CMET – it’s there to be used, and always has the answer – and it’s the ongoing story of Perkins, too: from a compact tractor to a towering combine, Perkins has not just the appropriate power unit, but the unique perspective, understanding and capability to ensure that every engine performs as it should do, on every farm around the world.

Twenty-two million engines later, it’s an approach that seems to be proven. 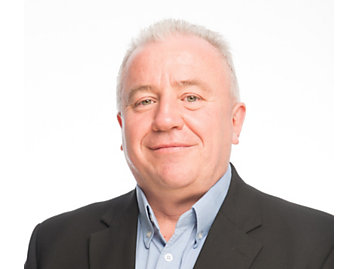 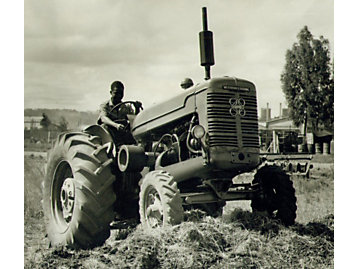 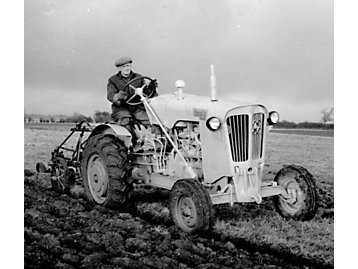 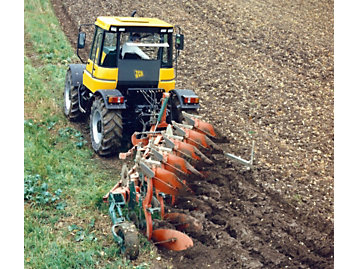