With 15,000 young men and women between the ages of 10 and 18 actively involved in the UK’s Sea Cadets programme, they learn both practical nautical skills and important life lessons. Founded in 1856 as the Naval Lads Brigade to train Crimean War orphans in nautical skills that would allow them to escape poverty, the Sea Cadets has grown over the years to include more than 400 local units where over 9,000 volunteers carry on the tradition.

Sea Cadets come from all walks of life and the organisation’s vessels travel all over the UK. Sea Cadets also participate in exchanges with other countries such as Canada, Australia and Hong Kong, broadening mindsets internationally.

As the name implies, Sea Cadets are trained in a range of nautical skills including navigation, seamanship, engineering, deck work, bridge watchkeeping and even support duties like catering and stewarding. The programme is built on the customs and traditions of the Royal Navy in which many Sea Cadets find a career.

There are four ‘offshore qualification’ levels: Offshore Hand 1 (OH1), Offshore Hand 2 (OH2), Offshore Seaman and Watch Leader. The Watch Leader standard is almost the same level as a Day Skipper, giving children the opportunity to progress in their sailing and also in their careers. Many of the lessons are taught at sea on one of the larger Sea Cadets Training Ships (TS) - TS Royallist, TS John Jerwood and TS Jack Petchey are three of the ‘offshore fleet’.

Those engines and their upkeep are a major focus of Sea Cadet maintenance manager, Chris DeLisle, himself a graduate of the Sea Cadet programme. Chris had a full career in the Merchant Navy and then came back to join the Sea Cadets to pass on his knowledge and experience to the next generation of marine engineers. With that diverse background, he also works for Sea Cadets as a relief captain, relief engineer and a relief First Lieutenant as the need arises.

“The vessels are at sea 39 weeks per year,” Chris explained, “and can have 24 or more Cadets plus a crew of eight and several adult trainees onboard. Reliability is crucial when you are out at sea and you can’t afford for the engine to break down. Perkins engines are great. You don’t have to worry about them. They will run at 2,000 rpm for hours and hours. And if you want more power, you have it.”

Considering the safety of thousands of cadets each year the Sea Cadets follow the Perkins service schedule and also have their own EPMS (Electronic Planned Maintenance System) regime, a weekly maintenance schedule which covers the entire vessel. EPMS is focused on preventative maintenance to ensure vessels work well when at sea and identifying defects before they become a problem.

This separate routine ensures the safe running of the vessel throughout the training season as it covers all aspects of the vessel. This is good when considering that vessels are at sea and must not break down.

“Maintenance is crucial,” Chris noted. “We have in the past used outside contractors and an engine was once badly maintained and this caused a piston failure. Since the piston and liner were replaced with genuine parts, we’ve had no trouble.”

That experience is part of the reason Chris insists on using Perkins authorised technicians for routine services and DiPerk Power Solutions for major overhauls. He also insists on Perkins genuine parts.

“With Perkins parts, you know when you turn the engine on it will work,” Chris continued. “Non-genuine parts will let you down. It’s not worth it. Just use genuine parts. You’re saving time and money. Cheaper parts are not the cheapest way out of trouble.”

The global Perkins team is here to help provide access to the services and support you need to get the job done safely and effectively. 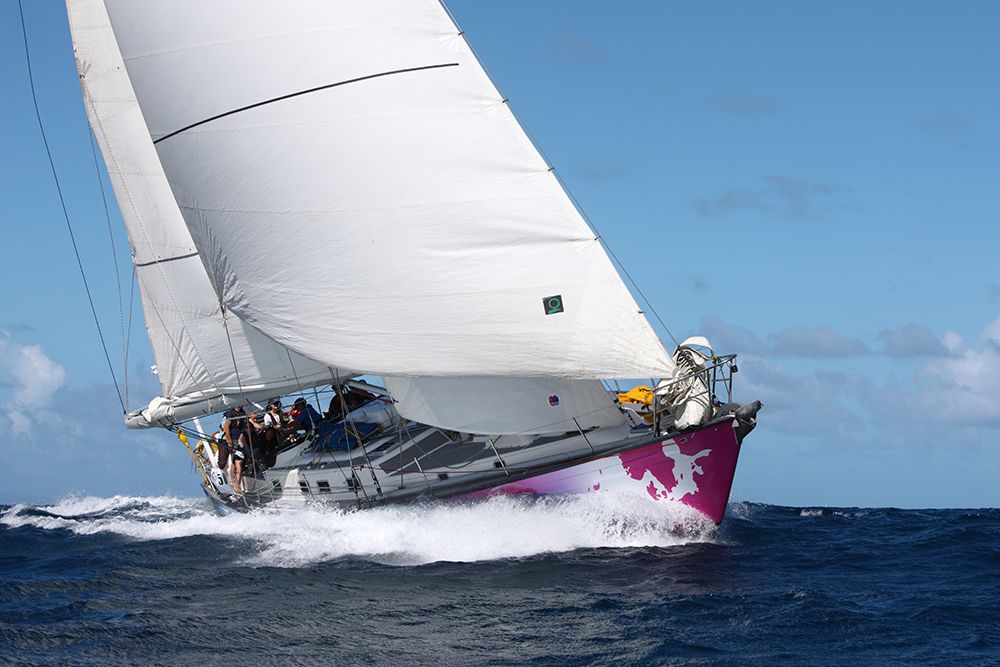 Participation in expedition sailing is a growing trend among both experienced sailors and adventurous beginners who want to learn what open water sailing is all about. Rubicon 3, based in Gosport on the south coast of the UK, operates a fleet of four ocean-going yachts which take passengers to exotic locations ranging from Svalbard in the arctic to warm water ports in the Caribbean and Mediterranean.