Participation in expedition sailing is a growing trend among both experienced sailors and adventurous beginners who want to learn what open water sailing is all about. Rubicon 3, based in Gosport on the south coast of the UK, operates a fleet of four ocean-going yachts which take passengers to exotic locations ranging from Svalbard in the arctic to warm water ports in the Caribbean and Mediterranean.

Actually, 'passengers' is a misnomer because everyone on board a Rubicon 3 yacht is an active participant in the boat’s operation under the supervision of an experienced captain. The opportunity to 'crew' a sophisticated ocean racing yacht while learning the many different skills required is one of the major attractions of expedition sailing.

“Every voyage is a learning experience as well as an adventure,” noted Rubicon 3 co-owner, Rachel Sprot. “Our fleet includes three of the eight Clipper 60s ever built, each of which has participated in one or more around the world races, as has our fourth boat, a Bowman 57.

“Each boat is equipped with an identical Perkins® M130 engine. That’s one of our requirements, along with excellent hull conditions and appropriate rigging. These are rugged, safe, seaworthy boats designed and built for open ocean sailing in all conditions. Very few people ever get the chance to sail on something like this, let alone crew one, and that’s the experience we offer.”

A recent transatlantic passage from the Caribbean to England by one of the Clipper 60s, Starling, gave the crew a chance to participate in a real unscheduled adventure at sea.

Starling’s engine is more than 20 years old and was the last of the fleet’s engine scheduled for a full overhaul upon the boat’s return to England.

Unfortunately, it needed some repair work before it reached its final destination.

Four weeks after leaving St. Lucia, Starling was about 12 miles from a stop in the Azores when its engine overheated and had to be shutdown. The area around the Azores is notorious among sailors for light winds and periods of calm, which is why Starling was on engine power.

“Our boats operate on a tight schedule,” Rachel explained, “and having ultra-reliable engines that are easily repaired should they ever go wrong is critical to what we do. This is why we believe so strongly in the Perkins units and associated support.”

Starling was able to limp into port, so there was no danger involved for the boat or crew, but her scheduled arrival date back in England was in serious jeopardy. Immediately upon learning of the mishap Rubicon 3 started work on the repair.

“We discovered the oil cooler had failed,” Rachel continued, “and that’s not a common part. We checked our stores and had none ourselves, and the clock was ticking.”

“It was the weekend and no one should have been at work,” Rachel said, “but I called Patrick Dillon at DiPerk Power Solutions, our Perkins distributor, hoping he would be able to help.”

“Patrick was great and immediately offered to contact Perkins warehouse staff at the Global Distribution Centre in Irlam, UK to assemble the necessary parts for us to pick up and fly to the Azores.”

“The problem,” Patrick explained, “was that this all happened on a Saturday when the Irlam facility is closed. Nevertheless, I reached out to my contact at Irlam and asked if she could prep her team so we could do the handover first thing Monday morning. In this case, first thing meant 7:30, about an hour before they normally open, so the Rubicon 3 employee could make the first flight to the Azores at 9:30 that morning.”

While the timing was tight, the Irlam team knew it could be done and committed to make it happen. When the Rubicon 3 employee arrived at the Irlam site at 7:30, the parts were ready for him.

From start to finish, Starling was in the Azores for five days before embarking on the last leg of her itinerary. Since she was scheduled to be in port over the weekend in any case, the entire episode only added three days to her journey and those were made up between the Azores and home port in England.

“DiPerk and Perkins really went above and beyond to help us out of a difficult situation,” Rachel said. “We always knew we could count on the Perkins engines in our boats and this experience shows that the organisation behind them is every bit as reliable when you need them.”

The global Perkins team is here to help provide access to the services and support you need to get the job done safely and effectively. 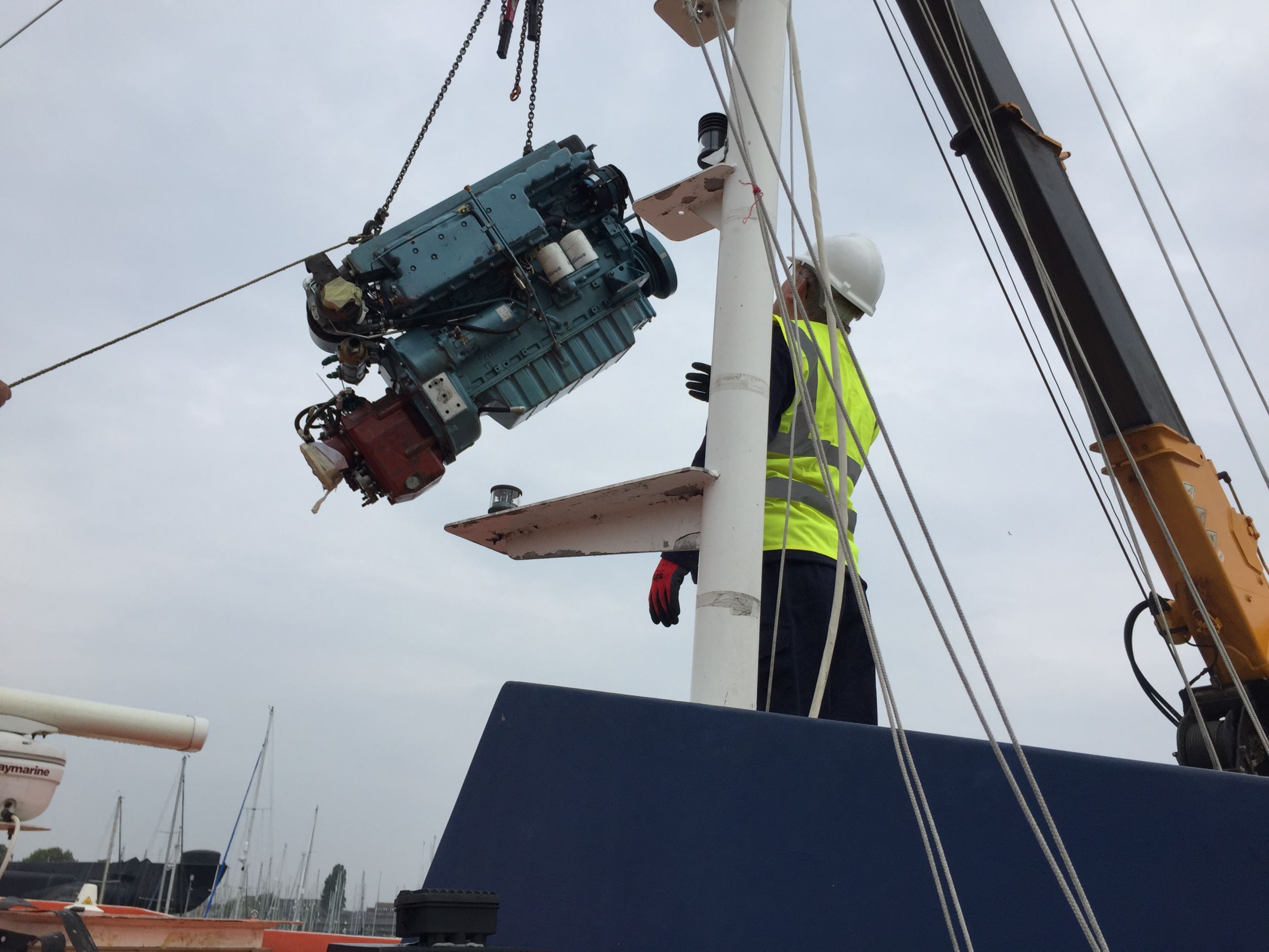 With 15,000 young men and women between the ages of 10 and 18 actively involved in the UK’s Sea Cadets programme, they learn both practical nautical skills and important life lessons. Founded in 1856 as the Naval Lads Brigade to train Crimean War orphans in nautical skills that would allow them to escape poverty, the Sea Cadets has grown over the years to include more than 400 local units where over 9,000 volunteers carry on the tradition.