Perkins marine worked closely with the customer to de-rate the engine from the standard 190 hp at 2100 rpm to a more economic 160 hp at 1850 rpm. Detailed studies of the running costs have shown that the engine has the lowest cost of ownership in its class, due to its long service intervals, excellent fuel economy and low parts prices.

By working closely with the customer Perkins marine came up with a solution that enabled a two-man shellfish catching business to compete against the big operators.

Boy Alan is a vessel built around the Kingfisher 9.8 metre K33 hull. It operates from Scrabster, on the north coast of Scotland.

Powering Boy Alan is the wastegated turbocharger, charge-air-cooled Perkins M185C engine. Owner James Bremner wanted the 6 cylinder, 6 litre engine de-rated from its standard 190 hp at 2100 rpm to a more economic 160 hp at 1850 rpm. The engine was supplied by our UK distributor Finning (UK). 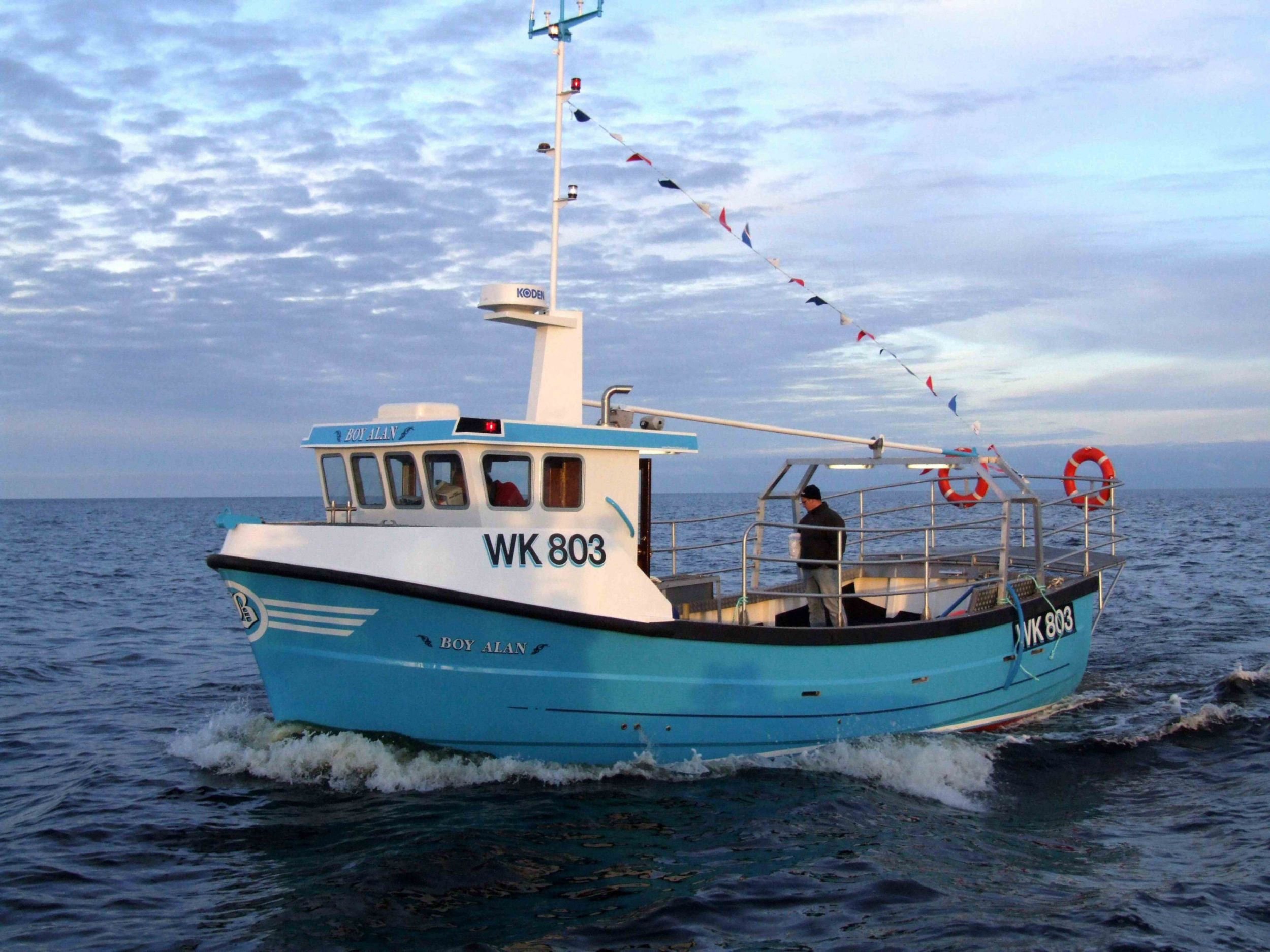 We coupled the de-rated engine to a PRM 1000 3:1 reduction gearbox to deliver a top speed forthe 9.2 tonne vessel of eight knots.


The M185C engine fitted easily into Boy Alan’s engine compartment, offering all-round access, even though, like all Perkins marine engines, the M185C benefits from single side servicing points.

Detailed studies of the running costs have shown that the engine has the lowest cost of ownership in its class, due to its long service intervals, excellent fuel economy and low parts prices.

Economy was a major consideration for the business. It needs to compete with the so-called super crabbers that operate in the Scottish waters where there are no catch limitations.

Engine reliability is paramount – to lose a day’s fishing due to engine problems would have a major impact on the business. With the M185C’s high reliability and extended 400 hour service intervals, James can maximise the time spent fishing rather than maintaining the boat’s engine.

Learn more about our UK marine distributor Finning (UK) who supplied the engines and provided their expertise and support.