ITTS: Satisfying a growing thirst for water and power in Saudi Arabia

Middle Eastern power provider ITTS put Perkins 2200 and Perkins 1100 engines right at the heart of an array of power generation solutions for one of the globe’s largest electricity and desalination plants.

On the Red Sea coast, about 75 miles from Jeddah in the Kingdom of Saudi Arabia, is a multi-billion-dollar oil-fired combined cycle power plant (CCGT) and water desalination facility. This momentous site allows the Kingdom to keep pace with a growing demand, across industry and its urban centres, for electricity and water.

The complex is one of the world’s largest fossil fuel power plants, and the third largest integrated water and power facility. Efficiency at the site has been maximised through the use of a combined cycle process, which uses a gas and steam turbine together to produce up to 50 percent more electricity from the same fuel than traditional methods.

Innovation on the site doesn’t end there. It uses steam produced during its power generation processes to heat the desalination facility’s seawater distillers, which drastically reduces business costs and drives productivity.

Today, this power giant of the Middle East has the capacity to deliver 5.6 GW of power to the Kingdom’s grid. The treated water produced is transferred to a 50-mile long pipeline before being fed into the national water network. 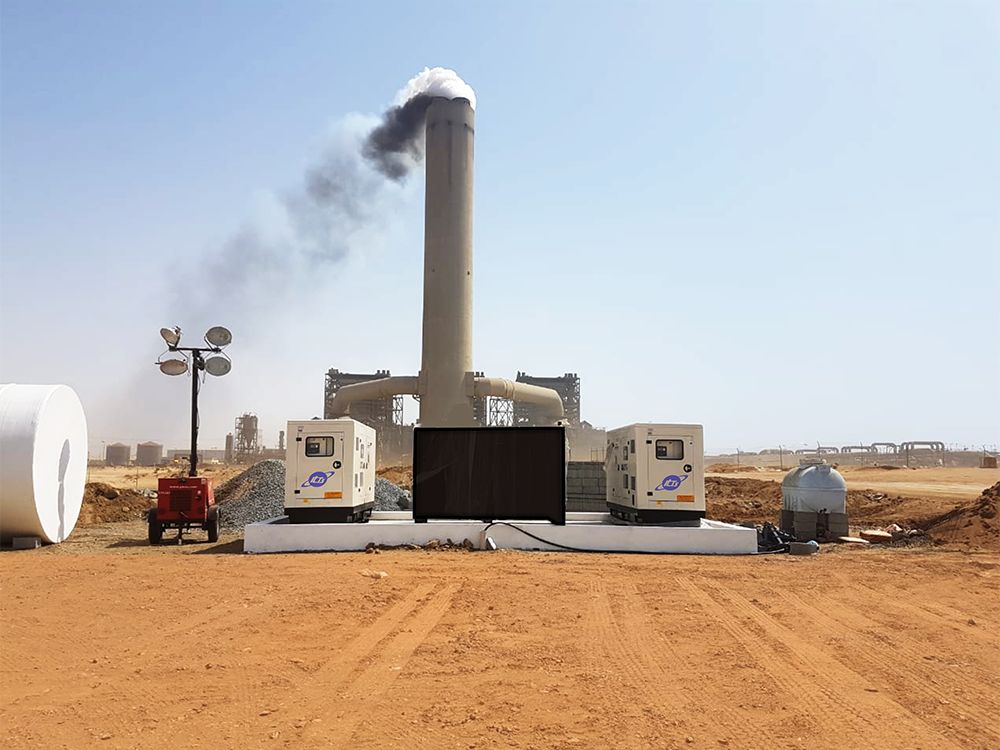 With millions of citizens’ lives and businesses across the Kingdom depending on the utilities provided by the plant, its owners take the uptime of its machines and facilities incredibly seriously. That’s why, at every stage of the site’s development, it has sought out dependable power solutions that protect its major assets and mitigate against the risk of financial losses caused by any loss of power.

Regional power solutions provider International Technical Trading Services (ITTS) has played a prominent role in delivering these solutions. The company was formed in 2009 and its ability to provide high-quality, fully integrated power generation systems has seen it become a trusted supplier across United Arab Emirates, Oman, Saudi Arabia and Qatar.

During ITTS’ close collaboration with the power plant, the business has designed and supplied efficient generator set solutions to meet the site’s needs for both 24/7 prime power and emergency back-up.

Whatever form of power its machines are generating, ITTS trusts Perkins engines to deliver the quality, economy and robustness it needs.

With the site located in a challenging environment, where extreme heat and sandstorms are commonplace, Perkins provides proven reliability borne out of thousands of hours of real-world use in some of the world’s toughest places.

The generator sets provided by ITTS have featured both Perkins 2200 and 1100 Series engines. Both the 2200 and 1100 deliver the outstanding power density, low cost of installation and ownership, and reliable and robust performance to satisfy ITTS’ – and its customers’ – needs.

Perkins-powered generators continue to provide prime power of around 1,000 kW to multiple locations on the site, as well as offering the continuous standby support required to ensure its operations are guaranteed, and Jeddah’s population gets uninterrupted access to the power and water it demands.

As a leading global supplier of electric power engines, Middle East Electricity 2019 is an opportunity to showcase our latest products and services – and meet the generator set manufacturers and operators who use our engines every day. This year our power dense range of diesel engines including the 1206, 1706 and 2806 will feature prominently on the MEE stand alongside an interactive display of Perkins EU Stage V range of electric power engines for mobile generators.