FMI Ltd is the largest manufacturer and exporter of measuring tapes in India. All the products including measuring tools, hand tools, cutting and precision tools are marketed under the Freemans brand. The processes and operations need a reliable power supply, and for that, FMI relies on Perkins engines.

FMI has been an innovator since 1950 when its founder, Mr Madan Nayar, began manufacturing metal wired tape measures in 1950. It was a first for India and is considered the start of the country’s measuring tools industry.

That pioneering spirit of enterprise led to the further breakthroughs, including the first spirit levels, measuring wheels and telescopic measures made in India.

FMI’s Freemans brand has gained a reputation for quality and precision in both home and export markets. Freemans products – expanded to include hand tools – are now sold in more than 60 countries; FMI was one of the first non-European companies to gain EEC approval.

“Our backbone is measuring tapes,” said Mr Rakesh Nayyar, FMI managing director. “We are the pioneers, and today the largest manufacturers of measuring tapes in the country.”

To meet demand, FMI has adopted modern manufacturing processes at its factory in Ludhiana, many of which run 24 hours a day. For its power supply FMI chose two Perkins® 2000 Series engines, each running at 500 kVA.

“It is very important for us to have a reliable power source,” said Mr Nayyar. Any unscheduled stoppages on the factory floor result in lost production and wastage.

FMI selected Perkins engines at a time when Perkins “was not a known name,” he said. “We took a bit of a risk but I think we made the right decision because we’ve had a very good experience with Perkins. 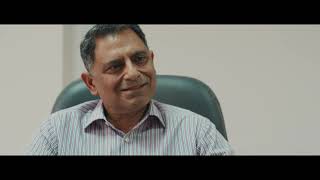