There are no ordinary days for a Secodi technician

The call came in early one morning from a customer cruising on his boat on the Saone river near Lyon. His Perkins engine was down and he needed it repaired immediately. The problem was that the customer did not know exactly where he was, only that he had passed Lyon sometime in the night and before the engine stopped.

That’s not a typical service call for Secodi, the Perkins distributor for France, but they immediately responded by dispatching a technician from Lyon in a service van to drive along the river and try to find the customer’s boat. It didn’t work and the customer’s whereabouts remained a mystery. 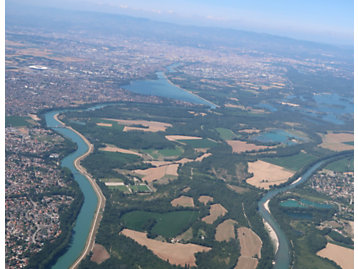 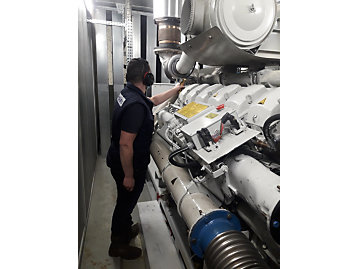 Undeterred, the technician contacted a fisherman who he knew because the fisherman also had a Perkins engine serviced by Secodi and asked him to help search for the stranded customer on the river. With the technician aboard they eventually found the customer and diagnosed the problem.

It wasn’t the Perkins engine that had failed, it was a non-engine part that had to be custom machined for the application. Returning to shore, the technician took the job to Secodi’s shop in Lyon where the part was machined to fit. He and the fisherman returned to the stranded customer in the morning and installed the part to complete the repair.

Although that happened several years ago, the Secodi technician receives a postcard from the customer every year on the anniversary date with a message detailing the customer’s current location -- just in case.

On a more normal day, more than 25 experienced Secodi technicians load their vans with the tools and parts they’ll need to service Perkins engines all over France. Fanning out from fully-stocked branches in Nantes, Paris, Lyon, Toulouse, Nancy, Beauvais and Avignon, their day may include anything from a customer who needs routine, scheduled maintenance services to repairing a critical machine that is shutting down an entire jobsite or overhauling a large Perkins engine to support recommissioning of a vintage 2000 kVA generator set.

That sort of variety and the opportunity to provide the kind of hands-on solutions that build long-term customer relationships are a large part of the reason most of them chose to become technicians and came to work at Secodi. Actually, ‘hands-on’ is the best way to describe the typical Secodi technician.

When not working on customer machines they often are found racing their own cars or motorcycles or crewing for others. ‘Wrenching’ builds an intuitive understanding of mechanical systems which they combine with a comfortable relationship with contemporary technology to develop the skill sets needed to diagnose and repair today’s sophisticated electronic diesel engines.

Technology plays an increasing role in the technician’s job. The fact that today’s engines come with sophisticated aftertreatment systems to meet emissions regulations has only compounded the challenges faced by the technician and increased the technical knowledge required for the job.

While a laptop may not have been part of a technician’s toolkit a decade ago, today it normally is the first tool reached for. That’s because modern engines generate a continuous stream of data that provides detailed insight into every aspect of their operation. The technician uses that data to streamline the diagnostic process and minimise machine downtime.

Rapid diagnosis and repair have always been important, but in today’s competitive environment unscheduled machine downtime is becoming increasingly unacceptable. The customer generally does not care why his machine is down, only that it needs to be back in service as quickly as possible. What once was a diesel engine service call is quickly becoming a whole machine service call from a customer who wants the machine back in service now.

To meet that challenge, Secodi technicians are broadening their scope of expertise from diesel engines to whole machines including electronics, hydraulics and other sub-systems. That might mean monitoring and checking the function of an entire Perkins powered crane, replacing the transmission on an airport ‘tug’ or repairing the engine on a large loader. More and more, any of those jobs and hundreds of others are all in a day’s work for a Secodi technician.

In the end, the technician’s job is to build strong customer relationships by doing things right the first time, doing them on time and doing them with the minimum possible cost impact on the customer. That takes training, which Secodi provides to both its technicians and their customer counterparts, and dedication to customer service, which is the foundation of strong, enduring relationships.

And, of course, the occasional service call from an off-grid customer in the Corsican mountains who meets the technician at the airport in his personal helicopter helps keep the job interesting as do the annual postcards from a grateful sailor. Hands-on never means boring for a Secodi technician.