When a customer needs service, PTTN delivers - no matter what

It isn’t often that a service technician from a Perkins distributor needs a military escort to reach a customer location, but if that’s what it takes, that’s what Perkins Indonesian distributor, PT Traktor Nusantara (PTTN) will arrange. In this case, the generator set in need of service was located in an area experiencing civil unrest and the journey required not one, but two, escorting units of the Indonesian Army to be accomplished safety.

Delivering responsive service to customers across a nation made up of more than 17,000 islands spanning over 2,600 miles (4,200 km) from east to west presents unique challenges and PTTN has been meeting them in innovative ways since becoming a Perkins distributor in 1974 and the sole distributor for Indonesia in 1976. 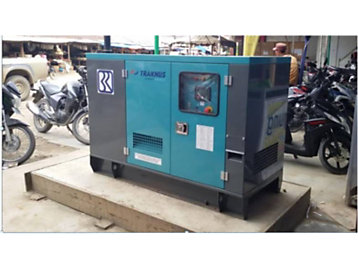 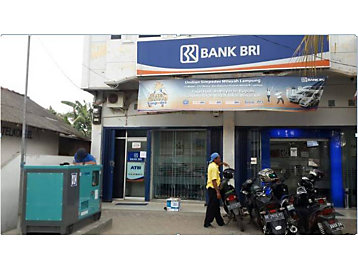 Today, they operate a network of 15 branch offices with workshops, parts warehousing and complete service and repair capabilities, plus six service points and three satellite points each stocked with commonly needed service parts like filters and belts and able to perform routine maintenance and minor repairs.

PTTN has supplied more than 40,000 Perkins engines to Indonesian customers over the last 45 years and are actively supporting more than 23,000 of them today with products, including generator sets, pumps, agricultural and construction equipment, backhoes, loaders, forklifts and other industrial machinery. Among their largest customers are BRI banks and BUMA mining, both of which operate in many remote locations that need on-site power generation and/or reliable back-up power.

BUMA operates a fleet of PTTN generator sets ranging from 20 kVA up to 500 kVA to support mining operations in many remote areas of Indonesia. These are all Perkins-powered, using a range of diesel engines.

The deciding factor for both customers was PTTN’s ability to support their products efficiently wherever in Indonesia they might be installed. With strategically located branches, plus their service and satellite points, PTTN can dispatch service technicians quickly and more economically than would likely be possible for anyone operating from a central location, typically in Jakarta.

Nevertheless, reaching a generator set in a remote location still can be a challenge, even when an Army escort isn’t needed. In one recent example a technician flew from Pontianak to Ketapang and then rode in a four-wheel-drive vehicle to Kendawangan where a speedboat was waiting for a trip to Blangiran. Once there, the technician spent another three hours in a four-wheel-drive vehicle to reach the customer’s site and service the generator set. Fortunately, the technician carried the necessary parts, but if something else was needed PTTN would have duplicated the journey to keep the customer’s generator set operational.

Twelve-hour journeys using anything from automobiles to four-wheel-drive trucks, helicopters, boats and aircraft are all part of a day’s work for PTTN technicians and is one of the reasons it has ongoing relationships with customers like BRI and BUMA.