The role of your cylinder head

Cylinder heads need to be robust. They have to withstand huge pressures and very high temperatures, while retaining their shape and form to seal the cylinder block via the head gasket. They’re key to controlling air flow in and out of the cylinders and fuel deployment.

The cylinder head also holds the injectors and valves – and contains more moving parts than any other part of the engine.

Although largely unnoticed, the cylinder head plays a key role in your engine. It’s a solid item that sits at the top of your unit and covers its workings. It’s sealed in place with the head gasket.

The inside of the cylinder head contains a number of passages – known as ports or tracks – and the air mix travels along these to the inlet valves. Other tracks inside the cylinder head are the route by which the exhaust gases travel when leaving the main engine block.

In all engines cooled by water – this applies to all Perkins engines – the cylinder head also contains ducts and passages.

These allow the coolant, comprising water and antifreeze, to flow and transfer excess heat away from the main body of the engine to the radiator, preventing the risk of overheating and damage. Not surprisingly, the cylinder head is subjected to extremes of temperature, which it has to resist.

The cylinder head houses the largest number of moving parts 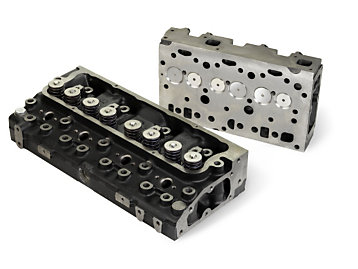 Beneath the cylinder head lie more moving parts than anywhere else in the engine. These mainly comprise the valves and fuel injectors, calibrated precisely to meet the needs of your engine.

Because they’re fixed in position and sealed with the head gasket, cylinder heads don’t suffer the same wear and tear as moving parts of the engine. They need to be replaced relatively rarely. 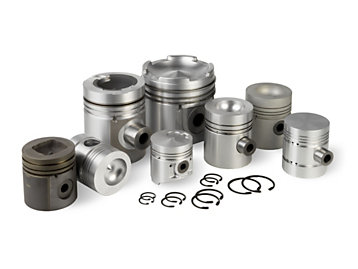 Cylinder components have to withstand huge pressures and extremely high temperatures, which is why it is essential to have the best quality product. 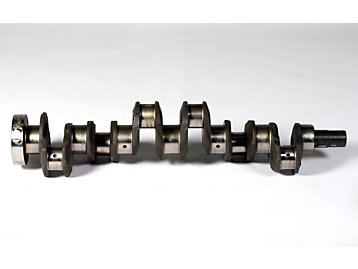 Sometimes major components need replacing and your local distributor can provide the parts, assistance and expertise necessary to get your engine running again.