Genuine parts are the real deal

Shop here for Perkins genuine parts, brought to you direct from our ecommerce store. With thousands of parts in stock online and available for next day delivery, you can now service, repair or overhaul your Perkins engine with the confidence you are using parts trusted by over 5 million machine owners worldwide.

Using genuine parts for your engine is the optimum way of keeping it running long into the future. These parts have been precision engineered to fit your engine, are rigorously tested for quality and by using only our parts, you have the reassurance of the comprehensive 12 month warranty from Perkins.

The use of non-genuine parts in your Perkins engine can be a false economy. Cheaper substitute parts can wear faster, may damage other parts of the engine, and can invalidate your warranty.

Manufacturers of non-genuine parts often use the process known as reverse engineering. In simple terms, this means obtaining an original part, often by stripping it out of one of our engines, and copying it as best they can.

Non-genuine parts are not licensed by Perkins and using their parts can invalidate the warranty you have on the rest of your engine, potentially turning a superficial saving into a costly exercise.

Perkins tests its engines and parts in extreme environments, at high altitudes, high and low temperatures and tilted to 45 degrees. 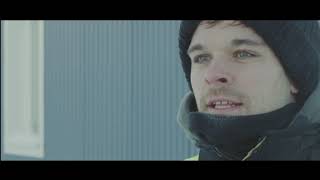 Such producers of parts do not have access to the original Perkins technical data and drawings, so they design and manufacture these parts in isolation from the rest of the engine.

They save money by making shortcuts, often by compromising on the quality of the materials they use – increasing the risk that the parts you buy will fail to fit properly into your engine. Although these parts may at first appear to work, the truth is that their use can often result in:

The range offered by non-genuine parts suppliers is limited. They tend to supply only high volumes of a small, select number of parts that are most in demand from customers and will not cover every eventuality, so if your part requirement is particularly specialised, they won’t be able to find it.

At Perkins, we support over 28,000 parts that make up the 38,000 build lists in the 4.5 million engines in active service today

Tests carried out on more than 1,600 counterfeit parts seized in police raids in Sri Lanka bear out this point. A batch of badly copied rear end oil seals underwent thorough testing to establish the quality issues and potential risks that this type of counterfeit part could cause to your engine.

Among the quality issues that could potentially lead to terminal engine failure were:

Any one of these could potentially cause leakages, excess wear on the crankshaft rear palm and ultimately early replacement of associated parts, further increasing your service repair costs and making a seemingly cheap part much more expensive.

Why should I use genuine engine parts?