Mobile walking excavators never fail to turn heads. With arm-like extensions, they’re able to grip difficult terrain like a spider. This allows the machines to carry out excavations in the world’s most challenging environments, including mountains, canyons and swamps.

Liechtenstein manufacturer Kaiser, which was founded in 1913, has been synonymous with these spectacular machines for the past 50 years. The company also builds equipment for sewer cleaning and industrial disposal and is a leading player in the world market with locations in various countries. 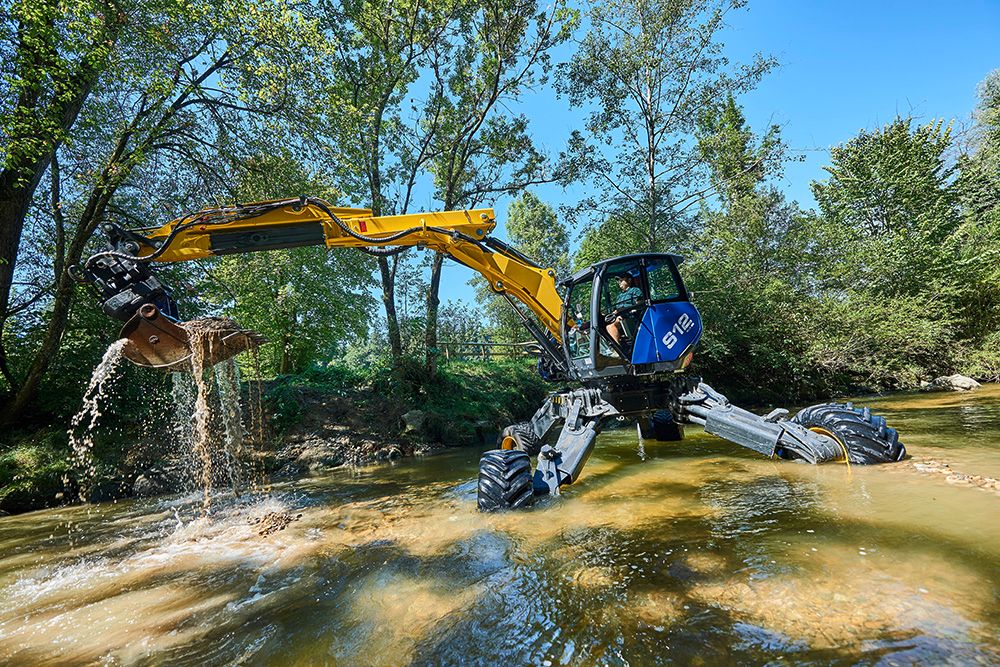 Introducing the upgraded S10 and S12

The company’s S10 and S12 Allroad models represent Kaiser’s latest generation of mobile walking excavators. The machines were designed to set new standards in performance and efficiency – and guarantee maximum mobility and stability in every situation.

As you might expect, the company only uses the highest quality components in these showpiece products. Among them are high-performing and highly efficient Perkins engines.

Kaiser has built a close relationship with Perkins during almost 30 years of technology collaboration. Once again, it opted to pair with Perkins, via Swiss distributor Minelli AG, to develop the robust power solutions for the S10 and S12.

High on Kaiser’s list of priorities was that the engines would also be future proof. So, Perkins applied its deep understanding of engine technology and collaboration to integrate the EU Stage V Perkins® 1204J engine into the machine.

The new machines build on the success of previous models, with features including a new undercarriage with improved kinematics and power, and increased hydraulic and cooling capacity, which make the excavators more efficient to operate.

With a Stage V Perkins engine at their heart, the new S10 and S12 are poised to capture even more of the mobile walking excavator market – and maintain Kaiser’s strong global position as a true technology leader.