Perkins will be at Intermat 2018 in Paris, showcasing its latest range of engines and helping Original Equipment Manufacturers (OEMs) plan a seamless transition to the new EU Stage V emission standard. Innovations in aftermarket, including the Perkins® My Engine App, will also be a major feature of the company’s presence alongside French distributor Secodi, which brings the same expert service to customers at a local level.

Intermat 2018 gives Perkins an opportunity to demonstrate its commitment to the important construction, building and public works markets plus its expertise in developing solutions for the forthcoming EU Stage V emission standard.

New advances in telematic engine monitoring and aftermarket care will also be a feature of the Perkins presence at the show, which runs from April 23-28 at Paris Nord Villepinte exhibition centre.

Perkins will be sharing a stand with French distributor Secodi and showcasing the full extended Perkins power range from 6-600 kW, including the new 9-18 litre range.

Every three years, Intermat brings the construction, building and public works industries together at a single event. Organisers expect exhibitors to present a wide range of equipment and solutions in the show’s four areas of focus: earthmoving and demolition; roads, minerals and foundations; buildings and concrete industry; lifting, handling and transportation. 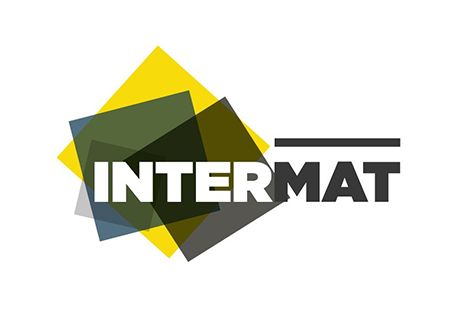 The Stage V standard is expected to be a major talking point at Intermat. With the standard coming into effect in 2019 and 2020 across the power spectrum, Perkins has already started production on its line-up of engines that meet the new standard, and will have experts on hand to help customers plan the transition with their machines.

Sylvia Burwood, Perkins marketing manager for Europe, Africa, Middle East and CIS, said this is the time when Original Equipment Manufacturers (OEMs) will be deciding on how to make their machines conform to the new standard.

“It’s important for Perkins to be at this show to support them,” she said, “and to help people understand what Stage V means to them and what changes they will see. We’ll be there to work with them to make the transition to Stage V as easy and seamless as possible.”

Visitors to Intermat will see engines from the Perkins® Syncro range on display. Tailor-made for compact machines, this range of 1.7, 2.2, 2.8 and 3.6 litre engines is engineered to integrate with your machine design and deliver value and performance. It’s also proving a popular choice for the rental market.

As well as engine experts, Perkins will have specialists in application engineering, product support and aftermarket at Intermat. Sharing the stand will be a team from Perkins distributor Secodi – which celebrates its 40th anniversary this year – and who offer expert local service to customers based on many years of experience selling and servicing Perkins engines.

Secodi started life in 1978 as a Perkins distributor specialising in industrial and marine diesel engines. It expanded with branches throughout France and beyond, becoming the Perkins distributor for Finland and Estonia in 2012. Most recently it opened offices in Turkey and Spain.

Since 2012, Secodi has also operated a Perkins Authorised Training Centre.

“Together with Secodi, Perkins stands for more than engines,” said Sylvia. “We value the relationships we have with our customers throughout the lifecycle of their machines.”