A Perkins overhaul breathes new life into your engine

Reliability and longevity are hallmarks of Perkins products. However, at some stage in their life, certain components may need to be overhauled.

Overhauling an engine is the process of replacing key components, but retaining its core elements, such as the main engine block. The advantage of overhaul is greatly improved performance at a considerably lower cost than replacing the engine with a new one.

For customers in the electric power sector, overhaul products are becoming increasingly popular. By carrying out preventative maintenance, such as an overhaul, customers can ensure they prolong the life of their engines, increase their return on investment and minimise the potential for downtime.

“Many of our engines, such as our Perkins® 4000 Series, are installed in hard-to-reach locations,” said aftermarket business manager Mark Blencowe. “The physical challenges of replacing engines in these locations are very high, particularly if an engine fails and is not repairable. With Perkins overhaul products a customer is protecting the engine’s core and their investment. Overhauling involves working on the core of the engine and this isn’t a job that is done often. That’s why it’s important to ensure it’s done right – with genuine Perkins parts and Perkins approved engineers performing regular maintenance to avoid critical failure.” 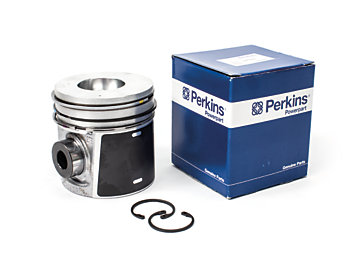 Perkins offers a comprehensive range of overhaul options, from the Perkins® 400 Series through to the Perkins 4000 Series. The overhaul product range includes cylinder components, rotating components, valvetrain, gaskets and seals. It is complemented by an array of overhaul kits which help address some of the most common overhaul requirements.