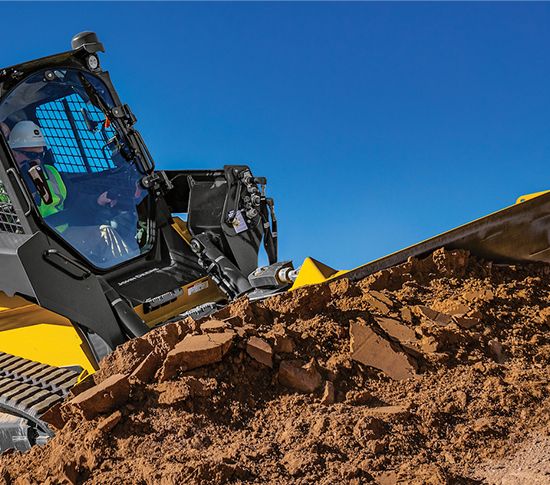 Several manufacturers build CTLs and skid steers with more than 3,500 lbs rated operating capacities (ROC) and operating weights in excess of 10,000 lbs. These machines move firmly into the territory of production machines, but still offer a relatively compact package.

While both CTLs and skid steers have followed the trend for larger machines, CTLs dominate the large loader market. Meanwhile, the industry in general appears to be migrating to CTLs, with around 75,000 sold in the US last year compared to around 28,000 skid steers.

As the market continues to shift toward CTLs, contractors should consider future demands. While they may not need the extra performance of a larger CTL today, they should take into account potential future needs before making that purchase.