"With the excavator, we quickly saw opportunities for simplification. For example, the existing engine required a charge air cooler to deliver full power. Not only was the 2.8 able to provide that performance without modification, the removal of the charge air cooler also negated the need for extra pipework and bracketing. That reduced installation costs by approximately $220."

If you’d like to find out more about how Perkins CMET can help your business, contact us.

Perkins saw a perfect opportunity to deploy its innovative Customer Machine Engineering Team (CMET) when a leading manufacturer of compact and construction machinery approached with a request to re-engine one of its most successful excavator models.

By taking advantage of CMET’s end-to-end, fully managed engineering system, the manufacturer not only successfully reconfigured one of its popular tracked excavators to achieve EU Stage V emission standards, but also effected a $375 reduction in manufacturing costs for each machine compared with the previous powerplant.

“The manufacturer approached Perkins with a challenge,” says Rob Borland, CMET’s engineering team leader. “The machine’s current power unit was compliant only to Stage IIIB. They desperately needed a reconfiguration that would meet the stringent requirements of Stage V, without impacting the machine’s overall performance. Crucially, they also wanted to find ways of reducing the build cost for this model line.”

As far as engine choice was concerned, the Perkins® 904J-E28T was the obvious solution. Part of the Perkins® Syncro line-up, this compact four-cylinder engine is popular in off-highway applications across construction and agriculture. Offering excellent performance in power, peak and low speed torque, the unit can be adapted to meet multiple emissions standards with little effect on fuel consumption.

But it was the engine’s modular concept that clinched the decision. This trait, common to all Perkins Syncro engines, was introduced to allow OEMs more flexibility in engine installation: the same unit may be configured in multiple ways to meet the various and often diverse needs of different regions, without increasing manufacturing complexity.

As is common, the excavator had originally been designed around its existing powerplant. So, for the manufacturer to realise its cost-saving objectives, any proposed new engine would have to fit into the existing engine bay volume without major alteration or additional engineering and ideally, simplify the installation as measured against the original. The Perkins Syncro’s ‘flexibility by design’ made it the ideal solution.

Situations like this realise the full benefits of Perkins CMET initiative. Put simply, customers get the maximum value and performance from their Perkins engine installation. Set up in 2017, the dedicated team delivers unlimited collaboration between engine manufacturer and OEM, pulling in all aspects of Perkins experience, resource and facilities. While most projects typically commence with a joint design workshop, CMET’s been designed to be modular and it’s rare that any two manufacturers will use CMET in the same way; each will have their own areas of expertise that they’re happy to keep in-house.

“But that’s the beauty of collaboration: we can provide as much or as little input as a customer needs,” says Rob. “That’s especially valuable for some of the smaller OEMs who don’t have access to the R&D knowledge and experience enjoyed by others.

“The most common call for CMET is in helping an OEM reconfigure an existing machine to accommodate a new engine, without having to make significant changes to the production line,” explains Rob. “We believe that our CMET team sets us apart in the industry and allows us to ensure that customers get more out of a machine than they would from working on their own.

“That was certainly the case in working with this manufacturer, as we were able to go so much further than merely supplying an engine solution.

“With the excavator, we quickly saw opportunities for simplification. For example, the existing engine required a charge air cooler to deliver full power. Not only was the 2.8 able to provide that performance without modification, the removal of the charge air cooler also negated the need for extra pipework and bracketing. That reduced installation costs by approximately $220.

“A knock-on effect of removing the charge air cooler was to reduce the overall size of the engine cooling pack, because we were taking away an extra source of heat.

“These kinds of design changes certainly achieve manufacturing savings, but also present significant benefits for the lifetime of the machine. In this instance, we dramatically improved operator access and therefore ease of maintenance. Aside from the savings gained from the ATAAC removal, we identified further simplifications that - although individually each one amounted to less than $100 - cumulatively added a further $155 saving. That delivered a total saving of $375 on each machine’s cost of production.

“Another major attraction with the Perkins Syncro range is its compact on-engine aftertreatment unit,” Rob points out. “These are proving themselves to be some of the most reliable DPF solutions anywhere in the industry – it’s almost completely ‘fit and forget’, thanks to more efficient automation, and overall engine performance is less affected than with other options.”

For this installation, the manufacturer found a further benefit in requesting CMET’s input. “When we started on the project, the 904J-E28T was a new design; it only went into full production at the end of 2019,” Rob explains.

“But we were able to provide the customer with an early pre-production unit during the development process. This kind of early access to prototypes is a common approach for CMET and something really valued by the customer.”

“It’s the less tangible benefits that are sometimes even more valuable: in this case, the opportunity to consolidate and strengthen the relationships between those two teams. CMET gives us and our customers the best opportunity to deliver better products, of that there’s no doubt.”

We believe in collaboration - it is at the heart of the Customer Machine Engineering Team (CMET) offering. By working together, we know we get better results.

Rightly customers keen to embark on work with CMET, want to understand how we can work together, whilst ensuring Intellectual Property (IP) and confidential data is kept safe. 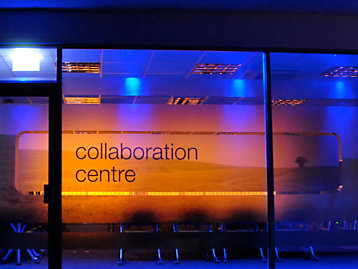