The benefits of moving to Stage V power

Diesel engine builders have invested engineering time and talent in developing a new generation of engines to meet EU Stage V and U.S. EPA Tier 4 Final emission standards. Those efforts were focused on optimising the efficiency of the entire engine system from the air intake to the end of the exhaust pipe, and they were highly successful.

As a direct result, Perkins Stage V and Tier 4 Final engines incorporate a suite of advanced technologies that work together to not only reduce emissions but also deliver significant improvements in power density, performance and operating efficiency. In many applications those improvements standing alone provide ample reason to upgrade over and above the need to meet emission standards.

Perkins, for example, now offers a full range of engines from 0.5 to 18.1 litres and 8.8 to 470 kW that meet Stage V and Tier 4 Final emission standards. The line includes a new family of 2.8 and 3.6 litre products designed to meet the needs of Original Equipment Manufacturers (OEMs) plus four powerful platforms – a 9.3 litre, a 12.5 litre, a 15.2 litre and an 18.1 litre at the top end of the range.

Dual label certification for Stage V and Tier 4 Final is available across the Perkins range, which is good news for OEMs that sell in both the EU and the U.S. because they can standardise on one engine for both markets and streamline parts, maintenance, service and other support functions. But that’s only the beginning of the benefits this new generation of engines has to offer - benefits that go beyond low emissions. 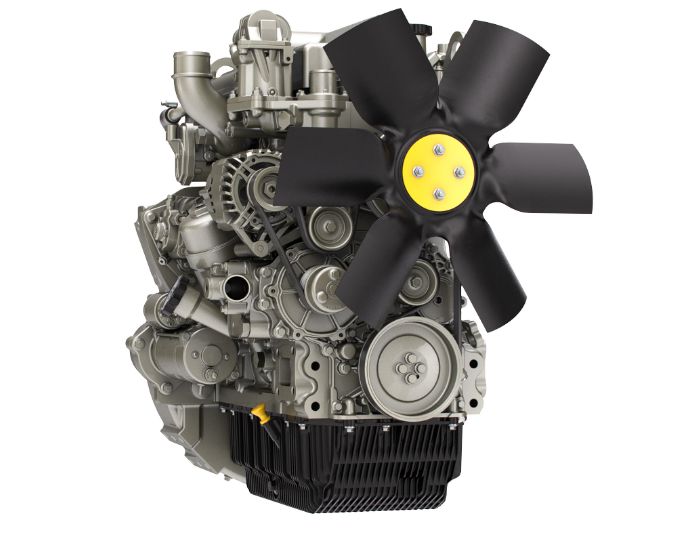 Perhaps the most significant benefit is substantially increased power density which is the amount of power delivered by a particular engine package size. Perkins Stage V engines have increased power density up to 28 percent and torque up to 29 percent over their previous generation equivalents. That means OEMs can downsize and reduce cost, without compromising performance.

All of these benefits are available while meeting both Stage V and Tier 4 Final emission standards because Perkins uses an integrated suite of field-tested technologies that boost engine efficiency while reducing both gaseous and particulate emissions.

None of these technologies really are new and all of them have been developed, improved and advanced through millions of hours of operation on machines used by Perkins customers all over the world. What is new is the level of integration, control and user transparency achieved on this generation of Stage V engines. DPF technology is probably the best example of what has been achieved.

A DPF traps carbon particles in the exhaust stream and retains them in the filter medium. Those particles need to be removed periodically and the typical answer is to raise the temperature within the DPF to efficiently oxidize them and emit them as CO2. First generation DPFs quickly developed a reputation for degrading engine performance during regeneration and were viewed unfavourably by some operators.

Today, after millions of hours of engineering and testing in real-world applications, DPF integration is easier than ever and the regeneration process runs automatically without machine or operator interruption. As a result, the machine operator or owner doesn’t see duty cycles and workload affected and productivity is maintained.

This is an important advancement in emission control technology because Stage V and Tier 4 Final emission standards drive the use of a DPF to limit particulate emissions. With transparent DPF technology, more aggressive injection timing can be used to improve both power and torque while meeting particulate emission goals with no impact on machine performance. The net result is improved performance and low total cost of ownership for the OEM and end user.

That really is good news because in meeting today’s challenges, Perkins and other engine manufacturers have achieved significant product improvements including enhanced torque, increased power density, lower noise, better cold starting, sophisticated electronic controls and many others in engines designed for stringent emission standards. All of those advances increase the value of their engines to the end user.

From that perspective, it’s entirely possible that today’s users might choose a Stage V engine for reasons other than low emissions and rightly so, because there are so many of them.